Radium derived from historical use of luminising paints can be hazardous to human health especially when encountered in discrete form, for instance when it is still associated with the original artifact or in aggregated form after being burnt and inappropriately disposed of.  The Scottish Environment Protection Agency (SEPA) have for some time led the way in terms of identification, risk assessment and regulation of radium legacy sites. 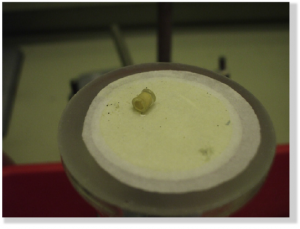 As part of SEPA’s extensive investigations ERL has been contracted to investigate, alongside representatives of SEPA, the properties of certain radioactive items retrieved from legacy sites.  One of these investigations involved using simulated stomach solutions to estimate the committed dose a member of the public could receive if such an item was ingested. A standard threshold of 100 mSv was used to determine those age groups that could be at risk.  Through this research it was statistically demonstrated that an average particle that could be picked up by a member of the public only needed to be 20 kBq to deliver the threshold dose to a toddler. 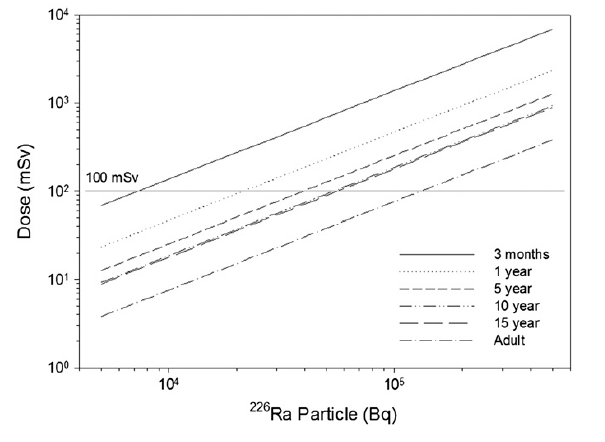 SEM-EDX was used to image the surface of a number of particles to establish the chemical constituents contained.  The study revealed some interesting insights into some of the processes that were possibly behind the formation of the particles. Firstly, it was concluded all particles had high quantities of ZnS a primary ingredient used in the original paint, which was included in combination with the ionising radiation emitted from radium and its daughters to produce the beneficial luminescent quality. 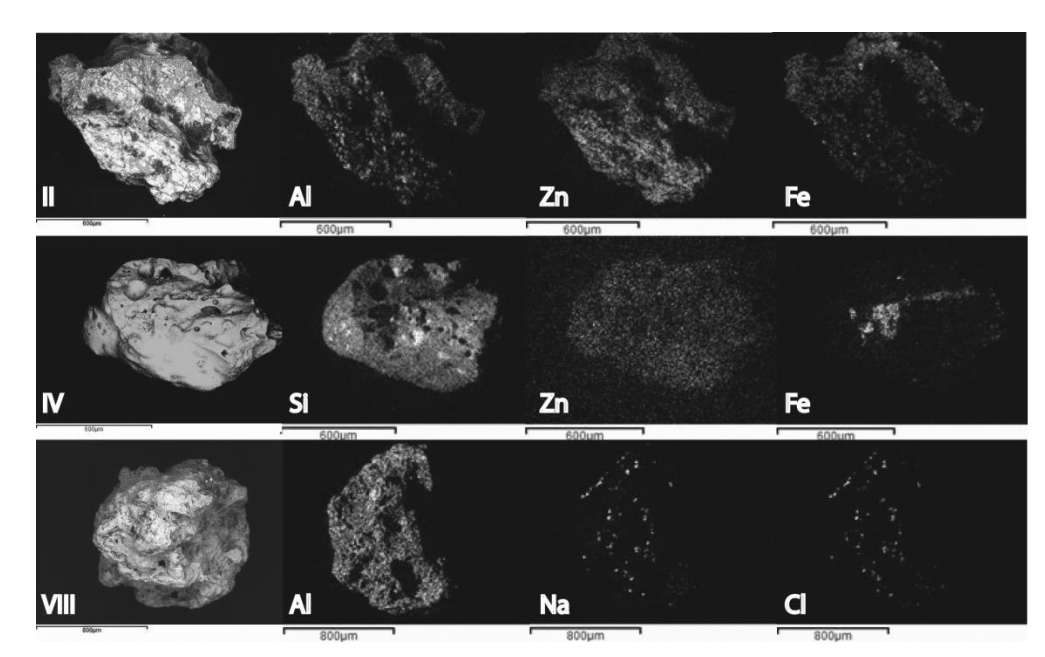 Imaging microscopy revealed a number of the particles that appeared to have been burnt were shaped consistently geometries that could readily be mobilised through wind or water transport processes.

The research demonstrated here driven by national regulators such as SEPA has helped to inform government policy and ultimately minimises the risk to human health.