Across Scotland, potential exposure pathways to anthropogenic radionuclides exist, for example nuclear establishments or in areas that have accumulates discharges. In acknowledgement of these potential pathways the Scottish Environment Protection Agency rigorously assess the dose to the general population and an important part of the process aims to evaluate the behavioral and eating habits of the general population within the specified area.

Subsequently, ERL has expanded its capacity in response to SEPA’s requirements  and invested in a fully qualified habits team including to two dedicated members of staff. So far, we have conducted six habits surveys around the Rosyth Naval Base, Chapelcross powerplant, Falsane Naval Base, Torness powerplant, Hunterston powerplant and the Solway coastline. All reports can be found in full on SEPA’s website

For each site a postal survey was carefully designed to inquire about the local populations eating and behavioral habits within a a target area decided alongside SEPA. Surveys were then sent out to randomly selected households.  Below the target area can be seen for Chapelcross nuclear powerplant whereby surveys were biased towards households close to the site and under a hypothetical plume based upon prevailing wind direction. 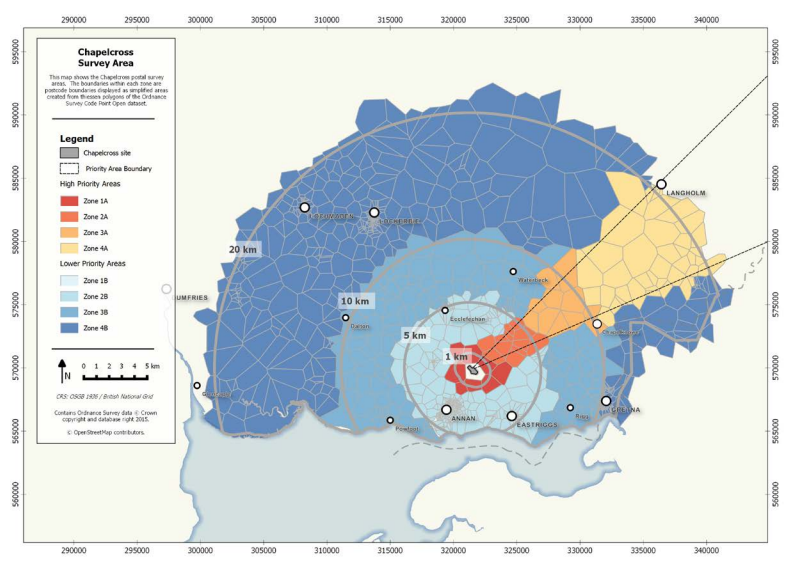 Importantly, information gained through initial postal survey allowed for face-to-face surveys to be targeted in the most appropriate places – the figure below illustrates  the received responses from the postal survey demonstrating where the sampled population spent most of their time for Chapelcross. 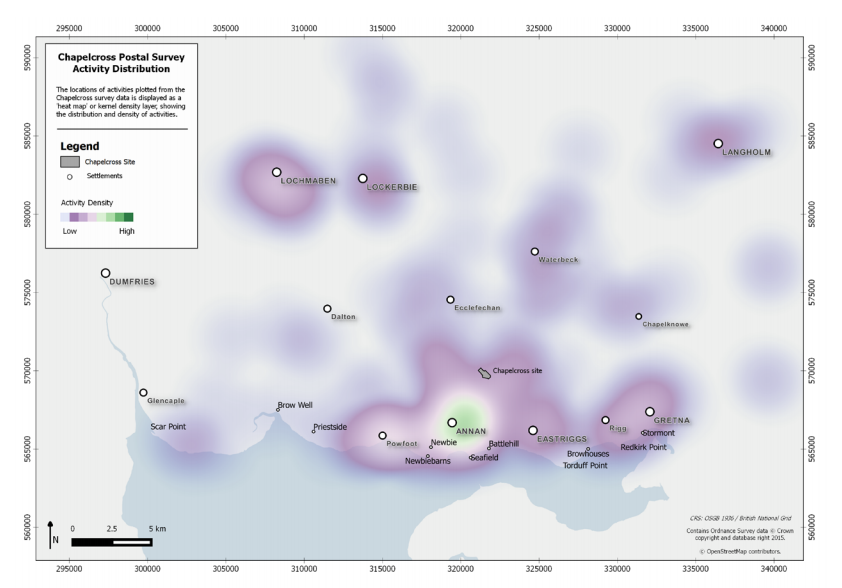 A face-to-face survey, improved on from the original postal survey, was then taken out by qualified members of ERL and asked directly to members of the public in the targeted areas. Questions were designed to reveal where the public spent most of its time within the survey area, doing what activities, for how long and how much of certain foods they ate. 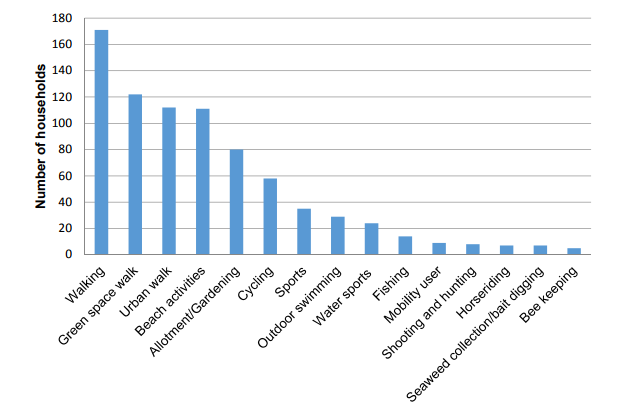 Above is an example of the information collected from Rosyth depicting which activities the sampled number of household partook in within the survey area in 2015.

Over 400 gamma dose rate in air were made across six sites. At the majority of the terrestrial sites much of the dose rate could easily be attributed to natural fluctuations in background radioactivity, but at Chapelcross and the Solway Firth significant dose rates, attributed to anthropogenic radionuclides (principally 137Cs), were found within intertidal areas particularly within saltmarsh environments. Contamination was concluded to be derived from Sellafield and Chapelcross. Elevated 137Cs counts were also found above the pipeline directing effluent to the coast from Chapelcross. 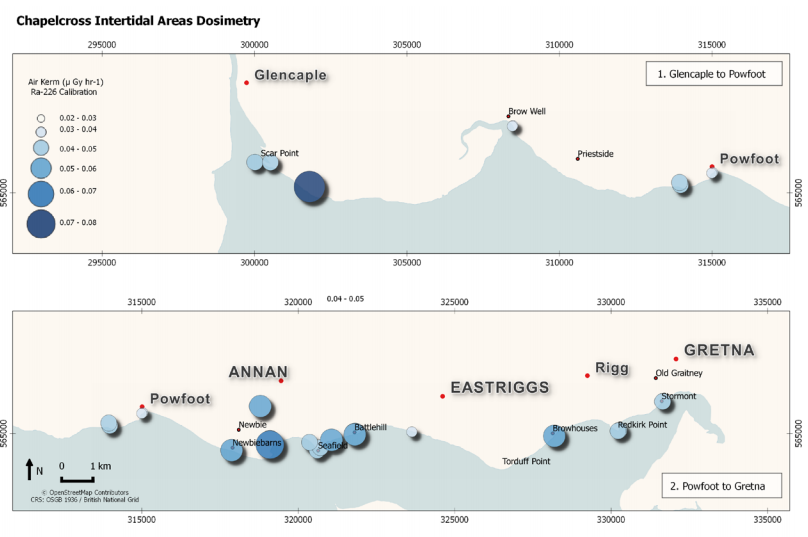 Combining the information gathered during face-to-face surveys regarding where people spend most of their time, doing which activities and where they source their local food with modeled dispersion values: a dose assessment of the local population could to be performed. Ultimately, a “representative person” could then be identified and compared to official limits for each site fitting into of European legislation. Please refer to SEPA’s website for more information.